The reasons why Mr. Alexander decided use Qvevri as distillation pot

According to our invention, a Qvevri(Traditional Georgian huge clay jag for making wine) is used as the equipment of distillation, and the patent terminology also defines the equipment for distillation as the subject of patent protection. This equipment can distill any known primary material, such as Chacha, fruit, wine and so corps. Distilling of corps gives corp alcohol, which is the primary material for future whiskey. Aging of this alcoholic an oak barrel turns it into whiskey. Here we could recall the definition of whiskey, recognized by the laws of many countries: “Whiskey represents crop distillate, which is aged in oak barrels for at least three years”.

Furthermore, researches have proved, that the clay, from which was made Qvevri, is a good catalyst for ethanol vapor. In the 19th century it was discovered that, in a condition of high temperatures, clay effects a vapor of ethyl alcohol and purifies it, making the final product being a pure ethanol practically free from any contaminants. This fact was inspiration.

Also:
*The clay is an approved material in the food industry;
*It is temperature resistant;
*Its endurance meets our purposes;
*It is fairly inexpensive;
*Its shape is optimal for the balance of temperature, which is determined by the fact, that it follows the Golden Angel Proportions. This can be explained by the laws of thermodynamics. 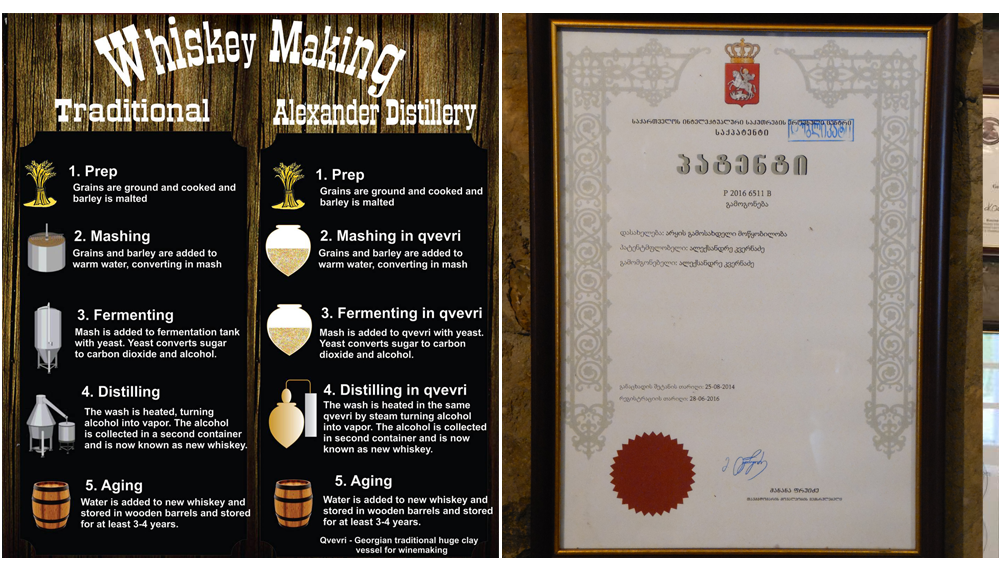